Josh Billings is credited with the quote…

A dog is the only thing on earth that loves you more than himself.

That saying never rings more true than it does with German Shepherd Dogs.

Since this canine is specifically bred to meet the specialized needs their owners require, having one is a responsibility that shouldn’t be taken lightly.

If you are considering making a GSD part of your life, keep in mind that a German Shepherd is one of the most powerful dogs on the planet!

I’m Cindy Kelly, and at Regis Regal German Shepherds, we know how important it is for you to adopt a German Shepherd that is a good fit for your personality and lifestyle. 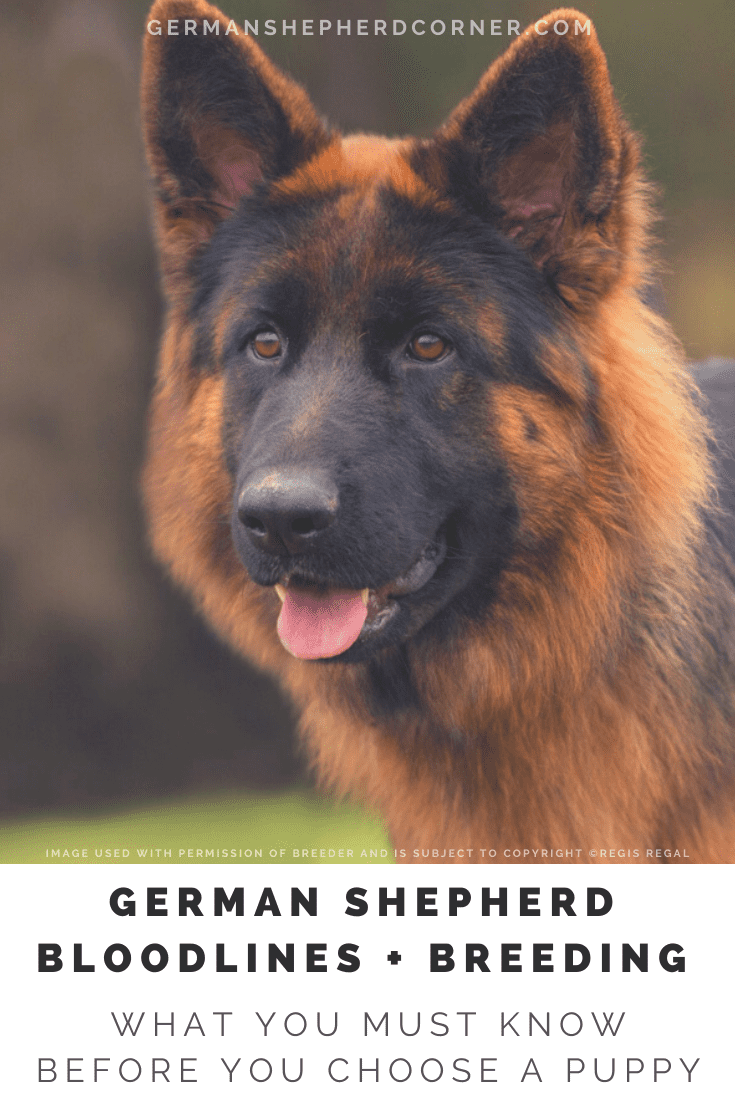 To make sure that happens, it’s best to get you familiarized with the different German Shepherd bloodlines and breeding practices.

For starters, if you want to purchase one of these lovely fellows or ladies, it’s vital to understand the main differences between the attributes and traits each bloodline offers.

To that end, I’ve put together the following history and background on this world-famous dog’s bloodlines.

The History of German Shepherd Bloodlines

There are more than 20 dog breeds that originated in Germany. And breeders in Germany take great pride in producing canines that are national treasures.

From Doberman Pinschers to Great Danes to German Shepherds, dog breeds originating from the Deutschland have different and robust bloodlines.

Just over a hundred years ago, German Shepherd Dogs were bred in Germany to be medium-sized for herding purposes.

Later, their increased popularity as a guard dog led to selective breeding for more confidence and a larger size.

The result created a line of working dogs that could serve the specialized needs of everyone. 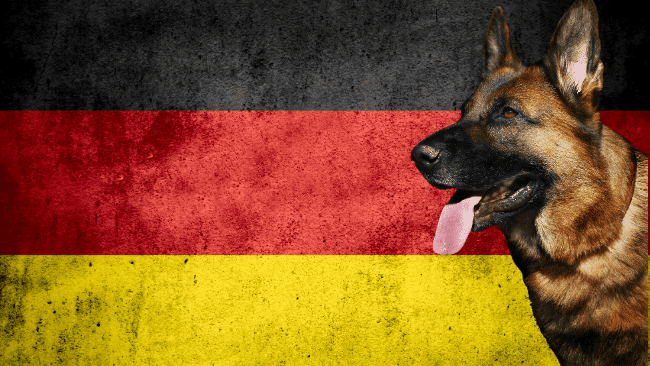 German breeders adhere to the strictest and most challenging breeding requirements.

To ensure that the German Shepherd bloodlines they produce are the finest, Germans adhere to strict and challenging breeding requirements.

The country has established the most comprehensive system of any other breed in the world.

And every dog must demonstrate worthiness before passing its genes on to its progeny.

Before breeding, a German Shepherd must have, at the very least, the title of Schutzhund I, or the equivalent. This is no small feat and challenging to achieve.

These requirements ensure that only the best and healthiest stock go on to produce future generations.

Due to admiration and demand for the breed, separate types of German Shepherd dogs have come into existence.

Here’s a look at some of the most popular breeds and the main differences between them.

American German Shepherds were selectively bred to win dog shows. And dogs coming from this particular bloodline are considered a different breed.

This is because the breeders who promote them don’t adhere to the stringent international German Shepherd breeding standards.

Deep slopes in the dog’s back and hindquarters have become one of the most sought-after traits by dog show enthusiasts.

According to a major study, this type of cosmetic breeding approach is thought to be linked to the breed’s current predisposition to health complications and mortality.

The study came a year after the outcry at the annual dog show Crufts in 2016. At the center of the controversy was a female German Shepherd that won “Best of Breed.”

After her showing, critics noted she had a back so drastically curved that it seemed to interfere with her ability to walk.

Health complications that seem to be more prevalent among the American breed of Shepherds include allergies, bloat, hip and elbow dysplasia, certain types of cancers, and frequent shedding.

The regulation of these dogs’ temperament and health is sorely lacking, leading to irresponsible and vast overbreeding.

If you decide to get a German Shepherd from the American bloodline, I recommend that the following two requirements must before adopting them.

West and East German Shepherd Bloodlines – Why The Split? 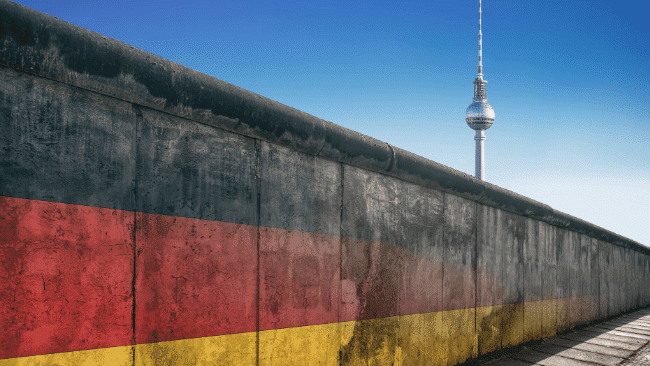 Due to Germany’s divide by the Berlin Wall, the pre-existing differences between East and West German Shepherds became even more pronounced.

Germany was divided by the Berlin Wall after World War II. When that happened, ways of living varied greatly on each side of the Wall.

Living conditions weren’t just different for humans, but for their canine counterparts also.

Therefore, the pre-existing differences between East and West German Shepherds became even more pronounced due to the unique ways they were bred on each side.

For instance, German Shepherds produced from Eastern bloodlines were bred to be more aggressive because they worked alongside East German authorities.

This attribute played a role in stopping people from scaling the heavily-fortified Berlin Wall and escaping East Germany. 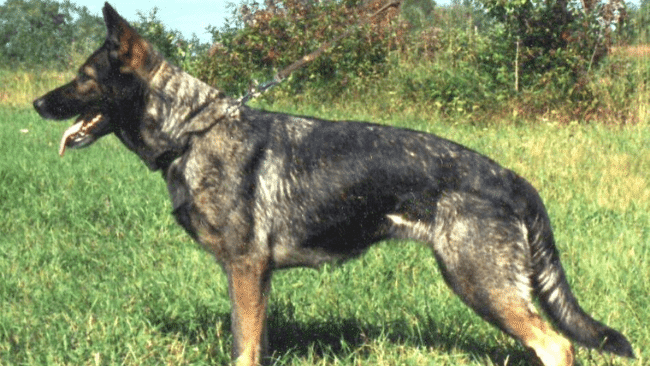 If you are looking for a hard-working dog that will search for contraband, drugs, or has capabilities that allow it to function and aid search and rescue teams, then look no further…

An East German Shepherd is perfect for you.

Since East German Shepherds are bred to have high drive and energy, they retain an incredible amount of focus on the tasks they are assigned and perform miracles in obedience.

Although they have plenty of drive and a desire to work, an East German shepherd from a good working line is not hyperactive.

They are always on point 24/7 and looking to get involved in the next task.

A well-bred Shepherd from this bloodline should also have a stable temperament, great disposition, and know ways to relax.

East German Shepherds rarely make suitable pets, and I strongly recommend against trying to own one as a family companion.

While any dog is trainable, they require a deep level of professional handling and training and are solely bred for protection and work.

Remember, German Shepherds are one of the most powerful dogs in the world, and there is no margin of error when it comes to handling one.

It’s also important to note that the market is flooding with this particular bloodline due to lax regulation and minimal breeding expenses. 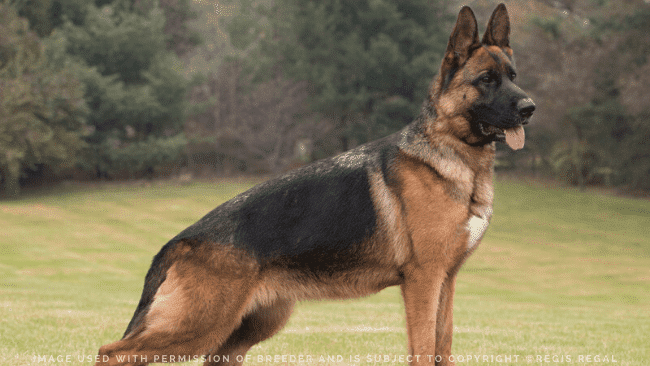 West German Shepherds are a popular working line choice, they also make great family pets if their owners invest enough time in them.

The West German Shepherd is also known as Sieger or show line breeds. And this bloodline is thought to be the closest to the original breed created by the Germans.

They are a revered working line, and as with all working lines, the emphasis is placed on their personality and behavior, rather than cosmetic traits.

This practice leads to a much healthier and active bloodline.

While West German Shepherds are a popular working line choice, they also make great family pets if their owners invest enough time in them.

Renowned as “protection you can hug” these dogs are the best choice for companionship and family security.

The breeding of West German Sheps is heavily regulated, and those that breed them must adhere to the strictest of standards.

Because of that and much more, I recommend adopting dogs from the West German bloodline if you are looking for a companion dog for you and your family. 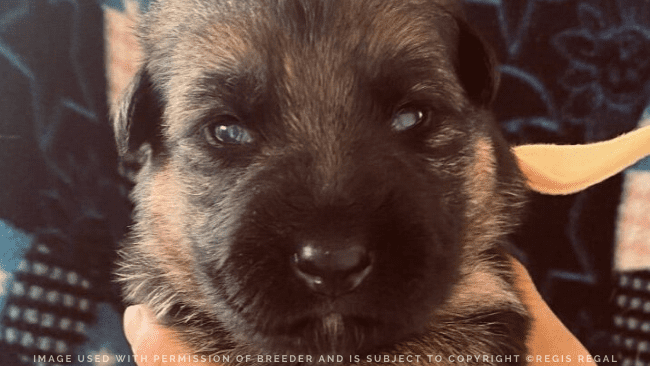 Line-breeding is the Gold Standard for producing excellent temperament and health in German Shepherd litters.

Regis Regal always uses line-breeding, which is the best practice for producing excellent temperament and health in German Shepherd litters.

Line-breeding, not to be confused with inbreeding, is when a German Shepherd sire and dam have familial ties.

For the pups’ best health and temperament, line-breeding must not be closer than three generations. It must also stay within 12 to 14 generations out.

A breeder who practices line-breeding has spent tremendous time and expense, making sure that the elbows and hips of many generations of shepherds are healthy.

In addition to line-breeding assuring that litters have similar health and temperament like their parents, every puppy in the litter looks alike.

Before getting your puppy, verify line-breeding by ensuring that all the ones in the litter look exactly the same.

Most breeders in the United States use out line-breeding because it is cheaper. Also, the practice doesn’t meet any of the requirements of in line breeding.

Unfortunately, when you breed two German Shepherds with no familial ties, you get inferior results.

In this case, the progeny will inherit the worst temperamental and physical traits of the sire and dam’s last 10 to 12 generations.

Out line-breeding frequently leads to a host of health problems for the resulting dogs.

When out line-breeding is practiced, issues such as hip and elbow dysplasia, along with renal gland issues, are commonly seen in litters.

You can easily recognize out line-bred pups because they’ll have different colors, sizes, and head shapes.

The result of out line-breeding is a breeder that can’t guarantee the dog’s current or future health and temperament. 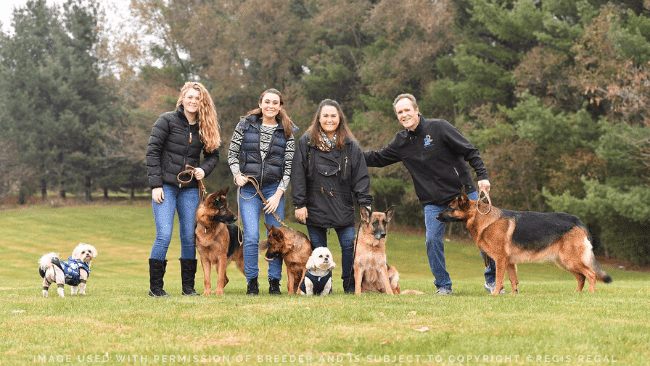 With over 30 years of experience in raising, training, and breeding some of the best German Shepherds in North America, Regis Regal loves helping match people with the perfect German Shepherd!

As you can see, the absolute best option for a pet is to adopt a West German Shepherd from a reputable breeder that utilizes line-breeding. That’s precisely what you’ll get when you choose Regis Regal! 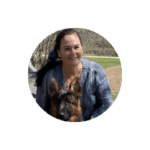 My name is Cindy Kelly and I’m the owner of Regis Regal German Shepherds in Illinois. A small family-run business with over 30 years of experience. We breed world-class German Shepherds, provide expert dog training, and also has top quality dog boarding facilities at our premises.

Unless otherwise stated all images are the property of Regis Regal German Shepherds.