Science Uncovers What Music is Good for Dogs

What do elephants, monkeys, and cats have in common with your dog?

Well, over the last 20 years, science has taken a keen interest in understanding how music affects the mood and behavior of these mammals.

In the case of our canine companions, science has a simple answer to what music is good for dogs. I mean this literally and figuratively…

You’ve probably heard that classical music is the best. Or maybe you’ve seen the study that Reggae or Soft Rock will do the trick.

But there’s more to it than that, so keep reading to find out what science has uncovered. 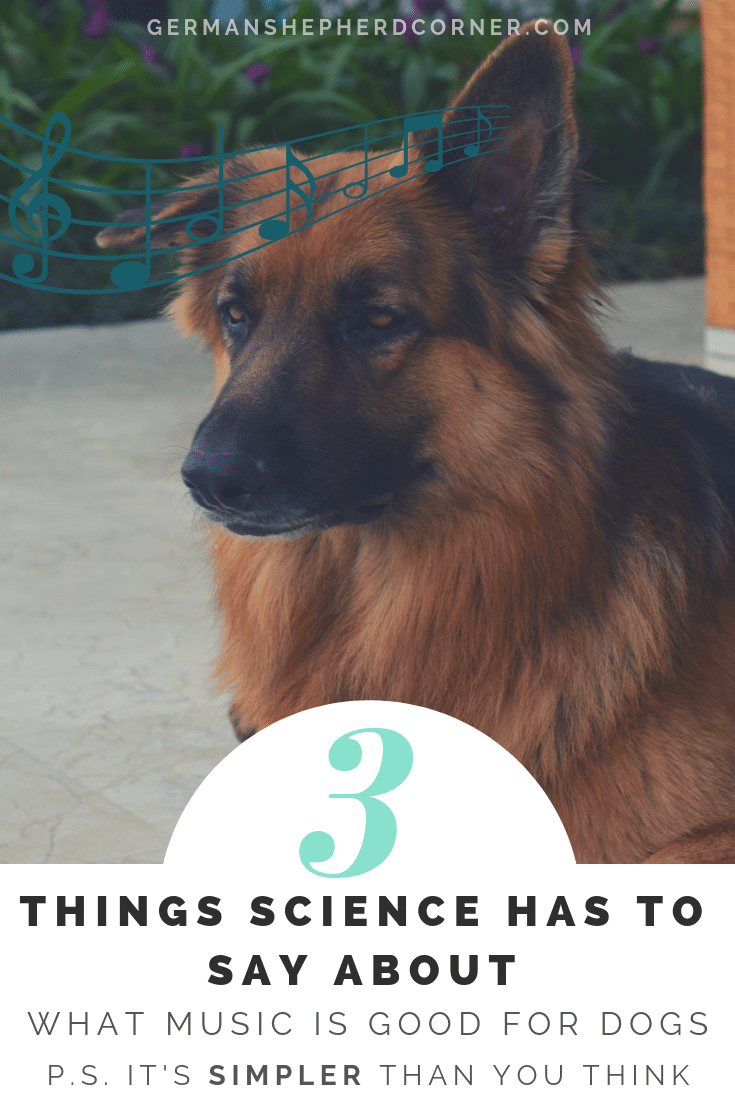 Before we get to the good stuff though, let’s take a quick look at your dog’s second-most-powerful sense…

BraveStarr – Ears of the Wolf 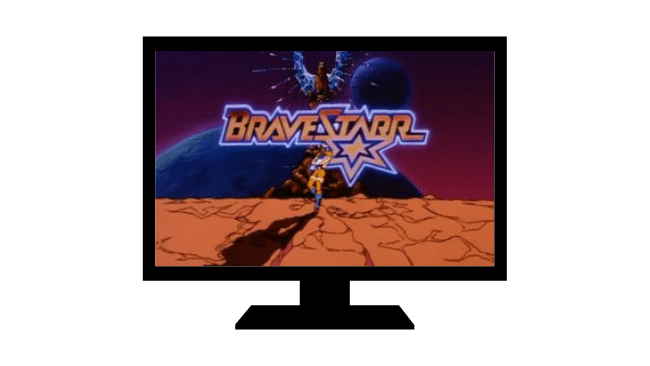 If you know who BraveStarr is, you’re a kid of the 80s like me. In case you’ve never heard of BraveStarr…

He’s the Marshal of “New Texas” in an American Space Western cartoon from the mid-80s. And his claim to fame is his ability to call on the power of spirit animals, to fight the outlaw, Tex-Hex.

“Ears of the Wolf” gives BraveStarr super-human hearing, and it’s no surprise when you consider that a wolf can hear up to 6 miles in a forest and up to 10 miles in open areas.

It’s thanks to their predatory ancestor the wolf that your dog has such finely-tuned hearing. And although domesticated dogs no longer need to hunt and track prey, their genes are still wired to do so.

In the wild, wolves prey on small animals such as beavers, birds, rabbits, and rodents. So the ability to hear the sounds from these tiny animals is essential to survival.

Some researchers believe that the upper limit of a wolf’s hearing is around 80,000 Hz. To put this into perspective, the hearing range of a healthy young person is about 20,000 Hz.

Your dog’s top-end of hearing is between 47,000 and 65,000 Hz (depending on the breed), a range that’s far too high-pitched for us mere mortals to recognize.

And according to Stanley Coren in his book, How Dogs Think, when frequencies are between 3,000 and 12,000 Hz, your dog’s hearing is super-sensitive. In fact, Coren says dogs can hear these sounds at volumes as low as 5 to 15dB.

Decibels (dB) are used to measure the intensity of sound. To put into perspective just how sensitive your dog’s hearing is, the CDC rates normal breathing at 10dB and a ticking watch at 20dB.

But what does all of this have to do with choosing music that’s good for dogs? I’m about to share this with you, so keep reading…

Music Fit for K9-Kings and Queens

As I mentioned earlier, science has taken a keen interest in the effects of music on dogs.

In this study on 38 kennelled dogs, researchers found that Soft Rock and Reggae increased the HRV (heart rate variability) and relaxed behaviors of the test subjects. Both of which are clear signs of the positive effects of these music genres on dogs.

And this study by Debra Wells on 50 shelter dogs found that dogs spent more of their time resting and less time standing during the classical playlist. It also found that the dogs were more likely to bark when exposed to heavy metal music.

Now, if you’re thinking about breaking out Bob Marley, Peter Tosh or Bunny Wailer… Or even Bach, Mozart, and Beethoven – hold up! Not so fast!

Because here’s the kicker…

Science takes things one step further with two interesting pilot studies. And you should consider these findings before deciding what music is good for your dog…

Your Dog Marches to the Beat of a Different Tune 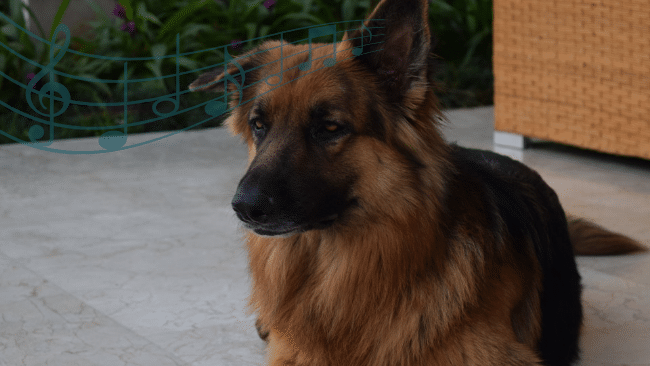 Remember earlier when I mentioned that the answer to what music is good for dogs is simple – literally and figuratively?

Well, it’s true. Your dog is satisfied with the simpler things in life!

So BARD is a coming-together of both worlds to explore various types of psychoacoustically arranged classical music on the behavior of dogs.

The study was done in two phases. And put together up by sound researcher, Joshua Leeds, concert pianist, Lisa Spectra and veterinary neurologist, Dr. Susan Wagner.

Phase One of BARD

In phase one of the study, classical music recorded at 70 to 80 bpm and 50 to 60 bpm was used to measure the effects of rhythm and pattern identification on 150 dogs.

And the results indicate that not ALL classical music has the same effect on dogs.

In fact, the simpler (there’s that word again) music had a significant calming effect on the dogs. The music with solo instruments, a slower tempo, and simple arrangements had the following results:

Phase two of the study aimed to determine if psychoacoustically arranged music has an effect on specific anxiety issues in dogs. Ten dogs were studied with a range of anxieties such as:

To measure the effects the researchers also included a control playlist from a San Francisco classical radio station that had not been psychoacoustically arranged.

And the results speak for themselves…

So it would seem that classical music with a slower tempo and simple arrangements wins the day when it comes to reducing anxiety in dogs!

This begs the question…

Why is Simpler and Slower Music Good for Dogs?

In the simplest terms, it boils down to something called Entrainment.

If you’ve ever tapped your foot to the beat of a tune, you’ve experienced Entrainment. It’s the process where rhythms can cause major systems in the body like heart rate, brain waves, and breathing to speed up or slow down.

I’ve been researching and producing “purposeful” music for people since 1986. I’ve discovered that the mammalian auditory system – which includes humans, dogs, and cats – analyzes an amazing amount of auditory data to make sense of what we hear.

By simplifying arrangements and minimizing instrumentation, the amount of data is lessened and the brain doesn’t have to work quite as hard. When we are already stressed or anxious, easier processing is better.

And this is what Joshua had to say about why slower, simpler music has a profound and positive effect on dogs with anxiety-related issues…

Likewise, slower tempos help an excited nervous system to slow down. Entrainment – the natural process of body pulses matching external periodic rhythms – is activated by the use of intentional slowing tempos built into musical arrangements.

The slower our brainwaves, heart rate, and breath, the calmer we become. Think about how relaxed we usually are in sleep, the time when major body pulses are at their slowest. Through slowing tempos, we gradually cause a systematic slowing of the body pulses. This is true for all mammals.

This simplification of orchestration and slowing of tempos are among numerous psychoacoustic changes that cause Through a Dog’s Ear recordings to be more effective in canine calming than non-refined classical music.

Although I doubt you’ll find your pooch tapping their paw to the beat of a tune anytime soon, it’s clear that our dogs have their own specific taste in music.

Besides the calming effect of simpler, slower music, it’s also a great way to mentally enrich your dog. Check out these 8 science-based ways to enrich your dog’s life.

So Where Can You Find Good Music for Dogs?

Well, thanks to the brilliant minds of Joshua Leeds and Lisa Spectra and their company iCalmPet, you can offer your pooch a range of music choices…

If their in-depth study I just shared is not enough to convince you, consider this…

Their music is the Fear-Free Preferred product and has been recommended by vets and trainers worldwide since 2008.

Our personal favorite here at home is this iCalmDog album which you can find on Amazon. It consists of 46 songs and a whopping 3 hours and 49 minutes of music.

I’ve found it to be the most versatile for our needs. We use it during long car rides, during fireworks and thunderstorms. And especially when our neighbor is making use of his power tools!

iCalmPet also offers a handy portable speaker with 4 hours of pre-loaded music on an SD card. It’s got an auto-repeat function so you can be sure it’ll keep playing music even if you’re not around. And it has a rechargeable battery that holds a charge for 24 hours.

And as if that’s not enough, you can expand your dog’s music library with more pre-loaded SD cards at Amazon to support your senior pooch or to calm an aggressive dog.

And there’s even an SD card where music meets dog and human – which is perfect for deepening the bond you have with your dog.

As you can see science has a simple answer to what music is good for dogs. So when you’re looking for music to soothe and calm your dog, slower tempos (50 to 60 bpm), simpler arrangements and solo instruments are ideal.

This type of music will naturally slow down the major systems in your dog’s body and bring on a calmness. Not only that, but music recorded specifically for dogs has a profound positive effect on anxiety-related behaviors.

BraveStarr: By source, Fair use.