Why is it so hard to find ways to mentally enrich our dog’s lives?

Well, it turns out finding mental enrichment ideas for your dog is not as complicated or confusing as you might think.

All you have to do look to science for the answers.

In this article, I’ll share 8 science-based mental enrichment ideas for dogs. And the best part is, they are so simple you can take action on any or all of them today.

If you want to learn how to support your pooch mentally and physically and enrich your dog no matter what their age, all you have to do is read on. 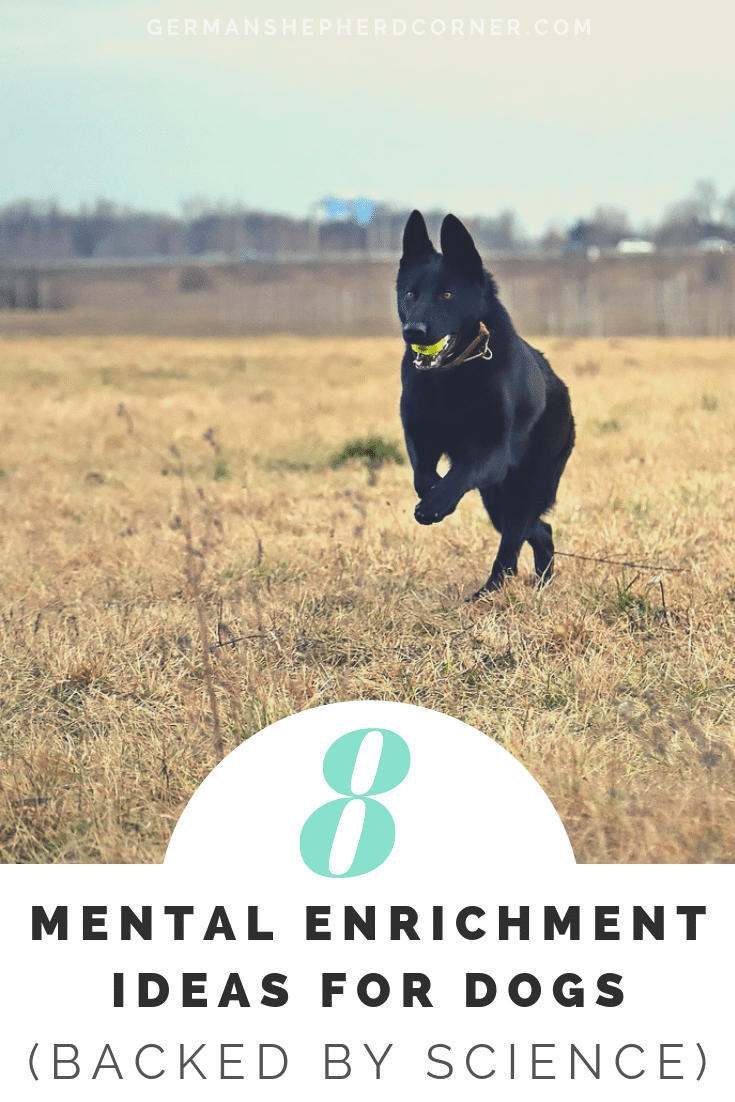 Before we get to all the great science behind enrichment, let’s look at why enriching your dog’s life is so important…

Even pooch parents with the best of intentions can and do slip up on keeping things interesting for their dogs. And although dogs and humans are different species, just like us, dogs can get bored too.

In fact, for both species, constant boredom can negatively impact neural, cognitive, and behavioral flexibility.

And many studies are pointing to the fact that boredom leads to behavioral patterns that are problematic such as laying inactive, repetitive behaviors and self-grooming.

Although the study of animal boredom is a relatively new field, scientists are finding new ways to assess boredom in captive mammals through observation.

But from the information already out there, and what I’ll share with you today, you’ll learn that finding mental enrichment ideas for dogs is beneficial on levels you hadn’t thought of. 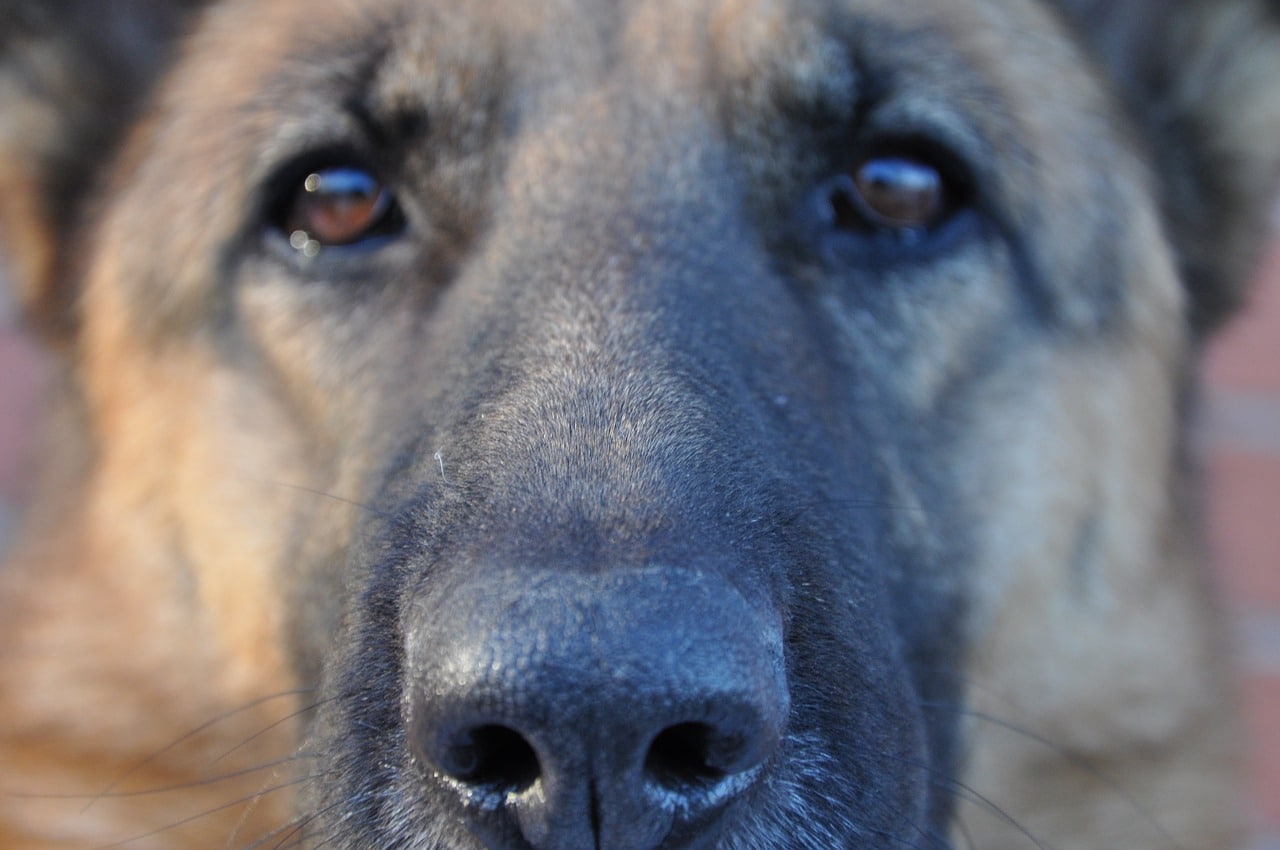 Simulating your dog’s natural drive to use their nose and forage is a direct way to improve their welfare. And this study found that nose work can make dogs more optimistic.

In fact, your dog’s sense of smell is so powerful you can even use scents to influence their mood and behaviors.

In this study on shelter dogs, for example, sents like Ginger, Valerian, Coconut, and Vanilla resulted in less vocalization and movement. The Coconut and ginger sents also promoted sleeping.

It suggests that the welfare of sheltered dogs may be enhanced through exposure to appropriate forms of olfactory stimulation.

And this study of 55 shelter dogs found that scents like Lavender and Chamomile resulted in the dogs exhibiting more relaxed behaviors. 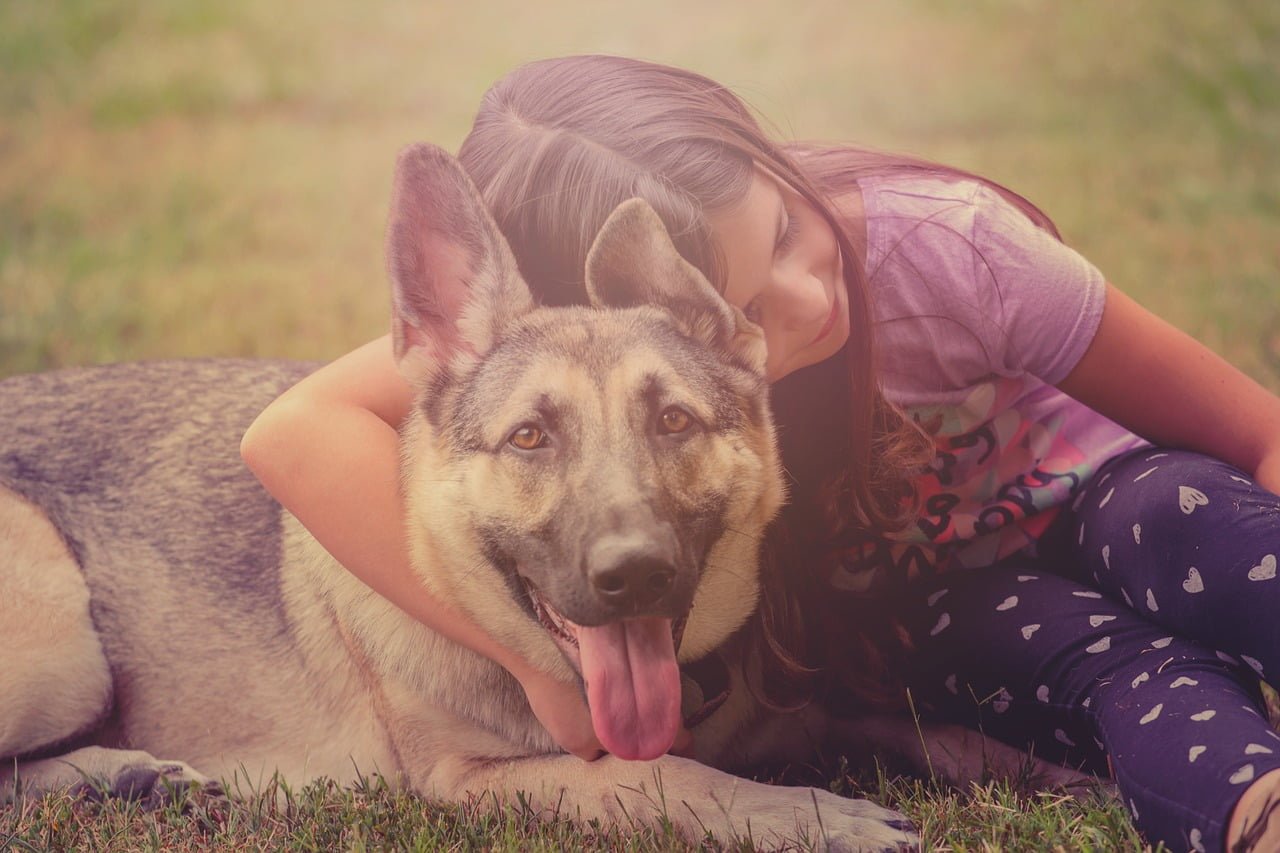 Our dogs are social animals, and it’s one of the reasons we chose them to evolve alongside us for thousands of years. And our relationship with dogs has been likened to the relationship between a parent and child. It boils down to the “love hormone” Oxytocin.

Jumping to another hormone, cortisol, which is a biological marker for stress, the following studies on canine-human contact are impressive, to say the least.

In this study, shelter dogs were exposed to 45 minutes of human contact.  And they showed lower cortisol levels than the dogs without human contact, which is a clear sign of reduced stress.

In another study on shelter dogs, a 25-minute session of human contact and exercise lowered the stress hormone in dogs. And they scored better on behavior tests.

Which goes to show that our dogs are satisfied with the simple things in life. As long as it includes us, happiness and stress reduction occurs naturally.

Overall, human contact is vital for dogs. It significantly reduces stress, and it’s an excellent avenue to build a deep bond with your dog. 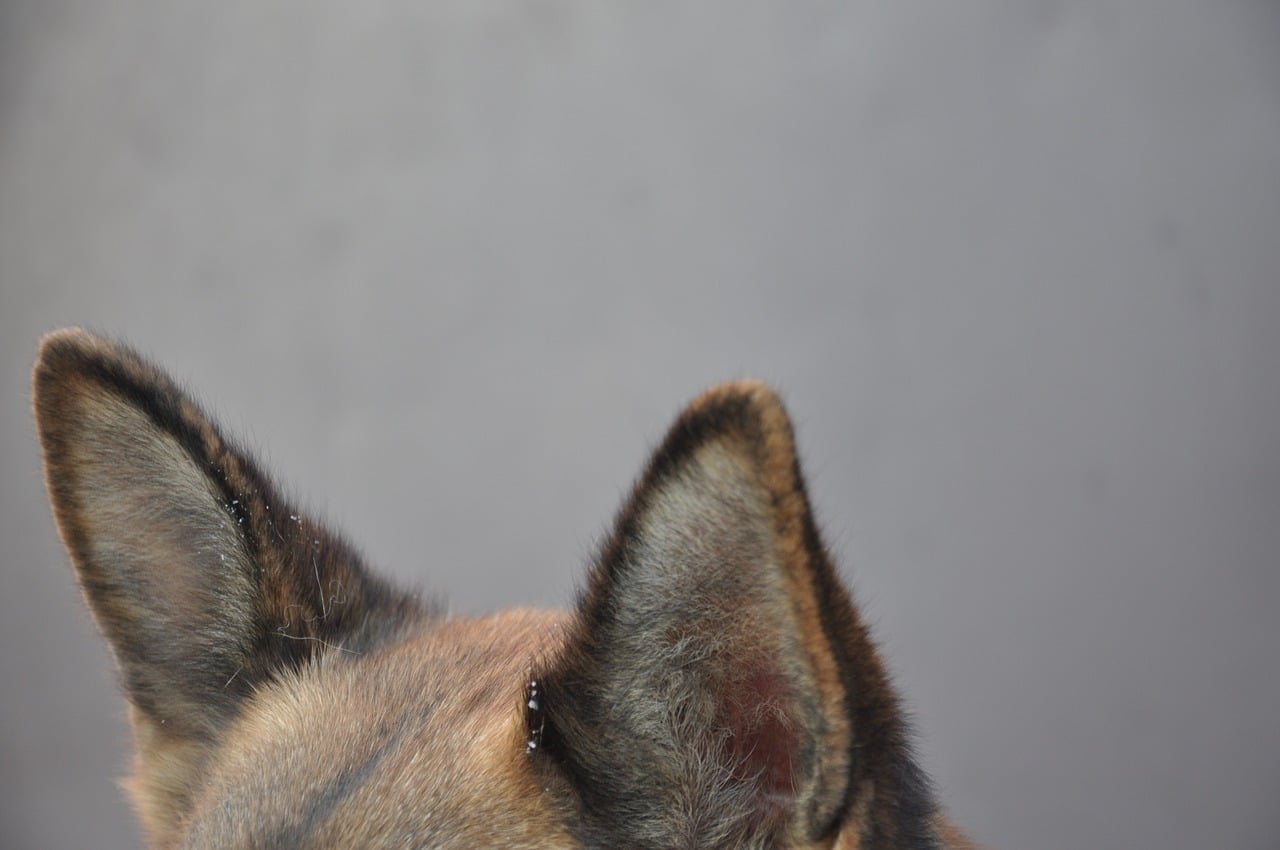 Your dog’s second most potent sense is their hearing. So if you’re wondering if music can mentally stimulate your pooch, the answer from science is yes!

This study on a group of shelter dogs found that classical music resulted in dogs spending more time in resting behaviors like sitting or lying down. And when the dogs were exposed to classical music they also spent less time standing and barking.

The research also notes changes in the dog’s heart rate variability (HVR), which is a sign of reduced stress.

And in another study, shelter dogs were exposed to 5 different genres of music with some fascinating results…

Compared to classical, mow town, and pop music, soft rock, and reggae music resulted in a significant increase in HVR, which is a clear sign of stress reduction.

The research found that the music did not reduce barking behavior, but notes that the dogs were more inclined to bark when the music stopped playing.

Even although there were varying responses to the genres, the research notes that auditory stimulation causes positive behavioral and physiological changes in dogs.

And this study found that audiobooks improved the welfare of kenneled dogs. The dogs listening to audiobooks exhibited more relaxed behaviors and spent less time sitting, standing, or being “vigilant.” 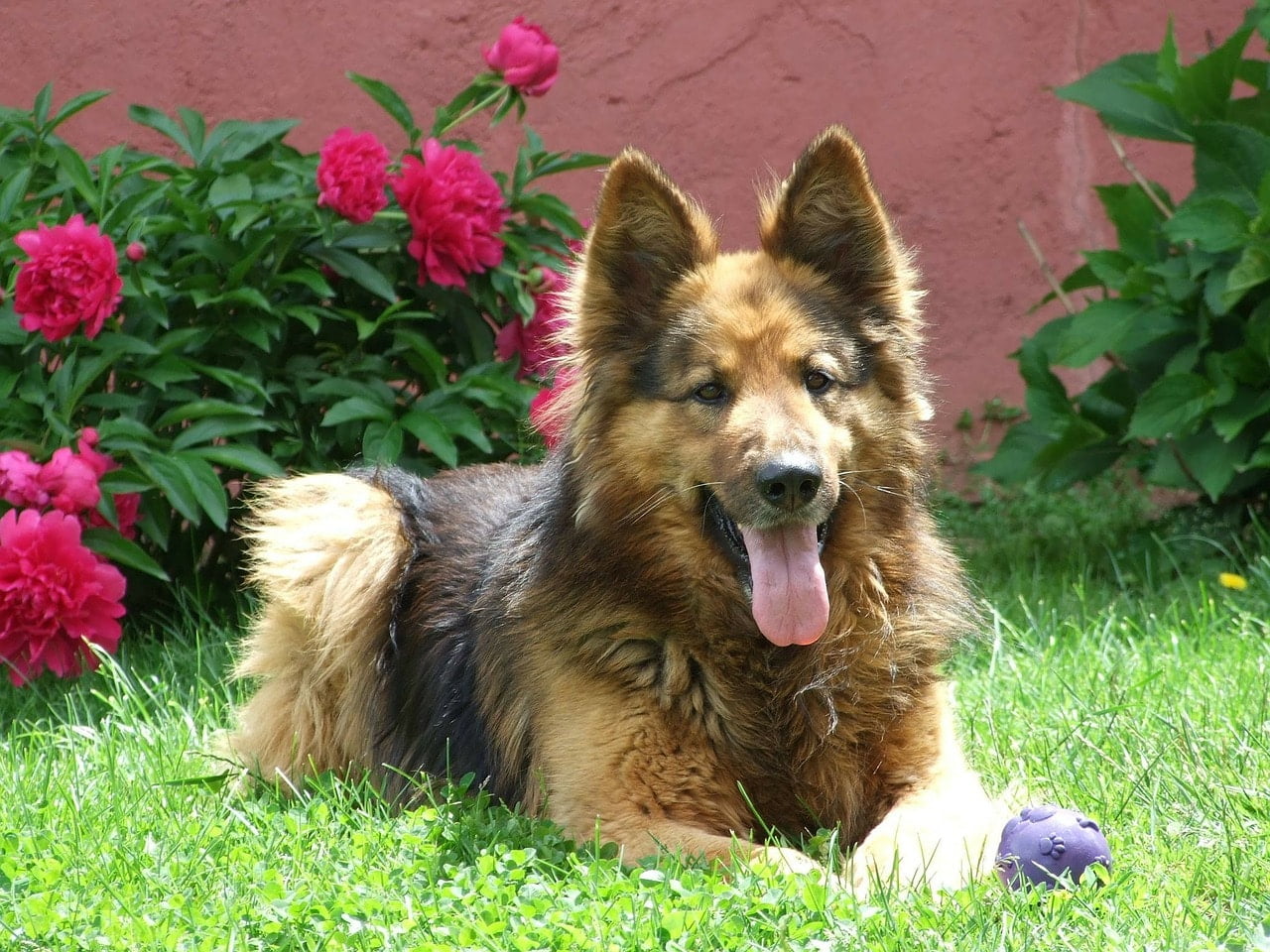 Appropriate toys for dogs are the primary way that most pooch parents offer stimulation for their dogs.

And if you’re anything like me, your dog has a range of fun and exciting toys.

In fact, I’ll go as far as admitting that I spend more money on dog toys than most women spend on shoes!

But, for a dog toy to provide enrichment, it first has to spark interest in a dog.

And there have been times when my dogs have shown no interest in a new toy.

Its findings suggest that dogs prefer toys that are easy to chew. Or toys that make a noise (like squeaking). In my opinion, these types of toys interest dogs because it stimulates their drive to chew. These toys also spark their prey drive.

And this study on 32 shelter dogs found that the dogs spent more time moving and less time standing when they were exposed to a Nylabone chew, a squeaky ball, and even a non-squeaky ball.

The study also found that rotating toys encourage dogs to explore toys and reduce the chance of them becoming bored with a toy. 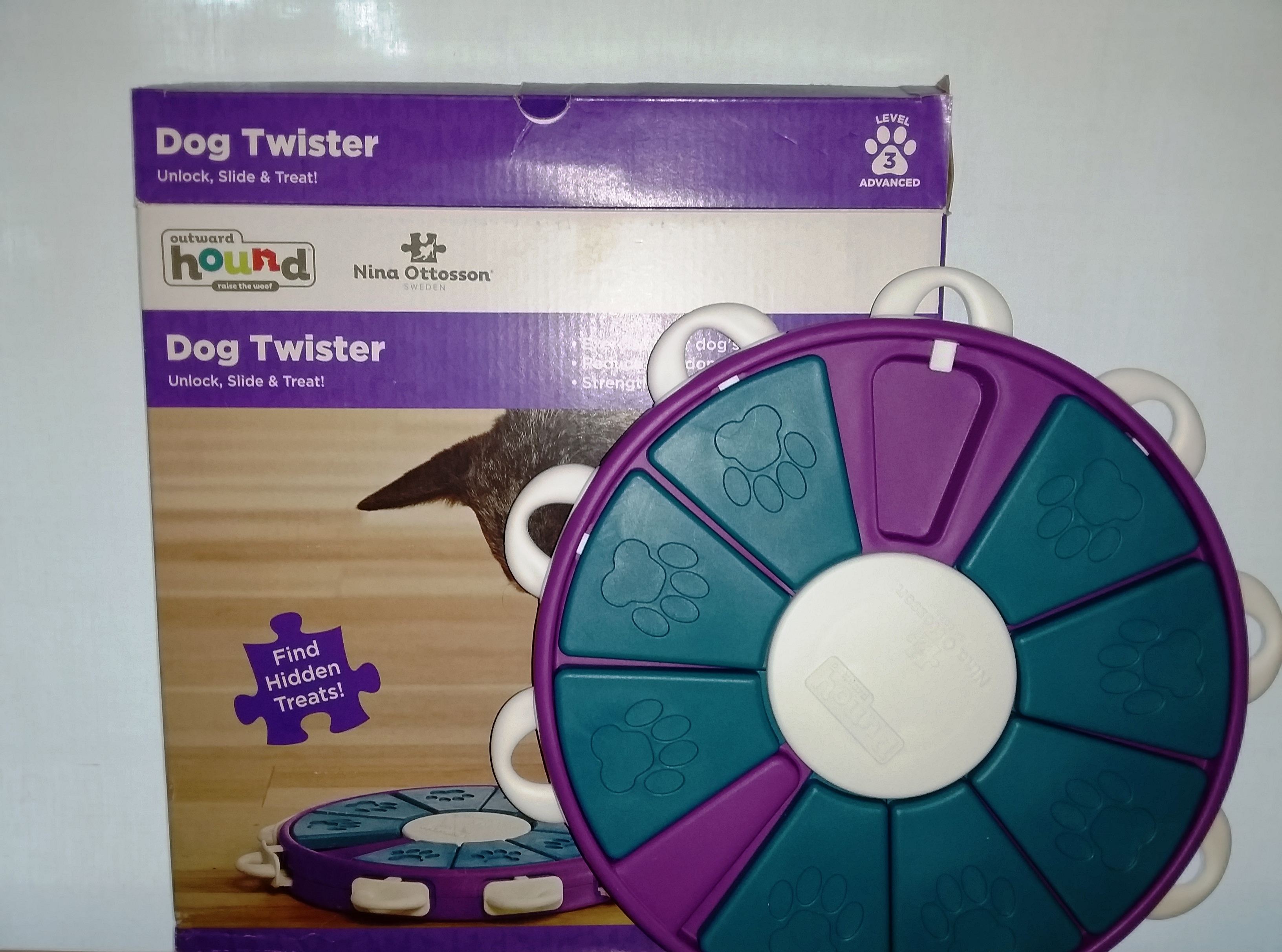 Food enrichment toys are one of my personal favorite ways to mentally enrich my dogs.

In this study 8 Toy-breed laboratory dogs were offered a food-stuffed Kong toy. The researchers note that food enrichment toys promote an increase in activity levels (exercise). And also stimulated the dog’s appetites.

But those weren’t the only positive results…

The research also shows that exposure to food enrichment toys reduced the amount of barking from the dogs.

This study on environmental enrichment for shelter dogs used a mix of food enrichment and cage-behavior training.

The results reveal dogs in the experimental group exhibited more desirable behaviors like sitting or lying down. The dogs were also quieter, and compared to the control group, there was a decrease in jumping behavior.

My dogs and I have tried and tested loads of food enrichment toys. This article brings you reviews of the best puzzle toy for dogs (with some cool videos of my dogs in action). 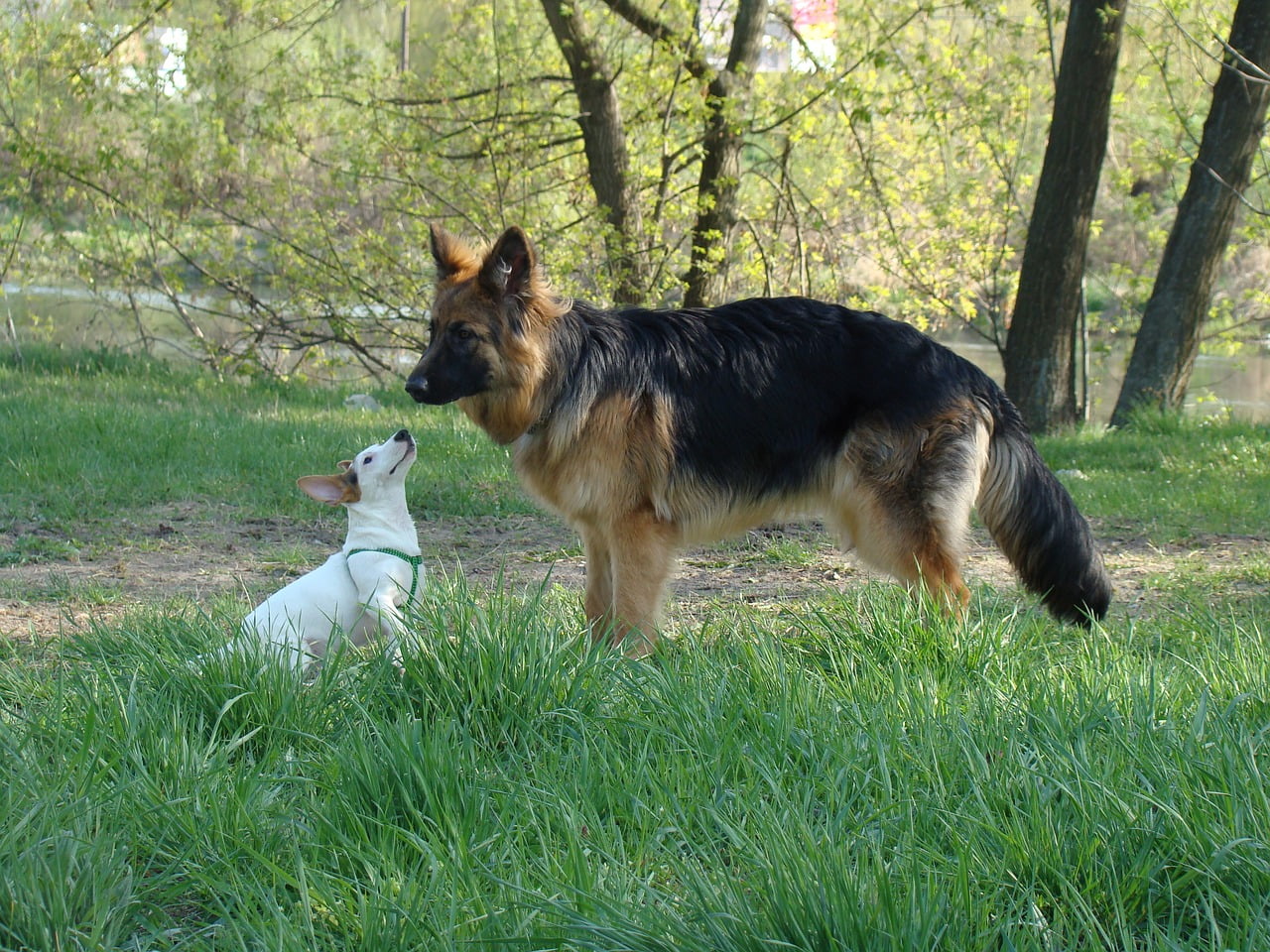 Your dog is a descendant of wolves. And wolves are known as pack animals. And you already know that your pooch is highly sociable. They enjoy having human and canine company.

Science has revealed that solitary dogs are less happy than dogs who have the chance to interact socially.

Dogs playing with other dogs is an opportunity to establish relationships. And this study reveals some in-depth information on how dogs learn from playing…

Dogs are so smart; they can learn social cues from watching”third parties” play. This is helpful for them later in life to understand the canine social structure.

In fact, a 2008 study found that playing is so essential that males dogs will often “self-handicap” or muzzle-lick during play with female dogs. Pointing to the fact the act of playing is more important than winning for male dogs. 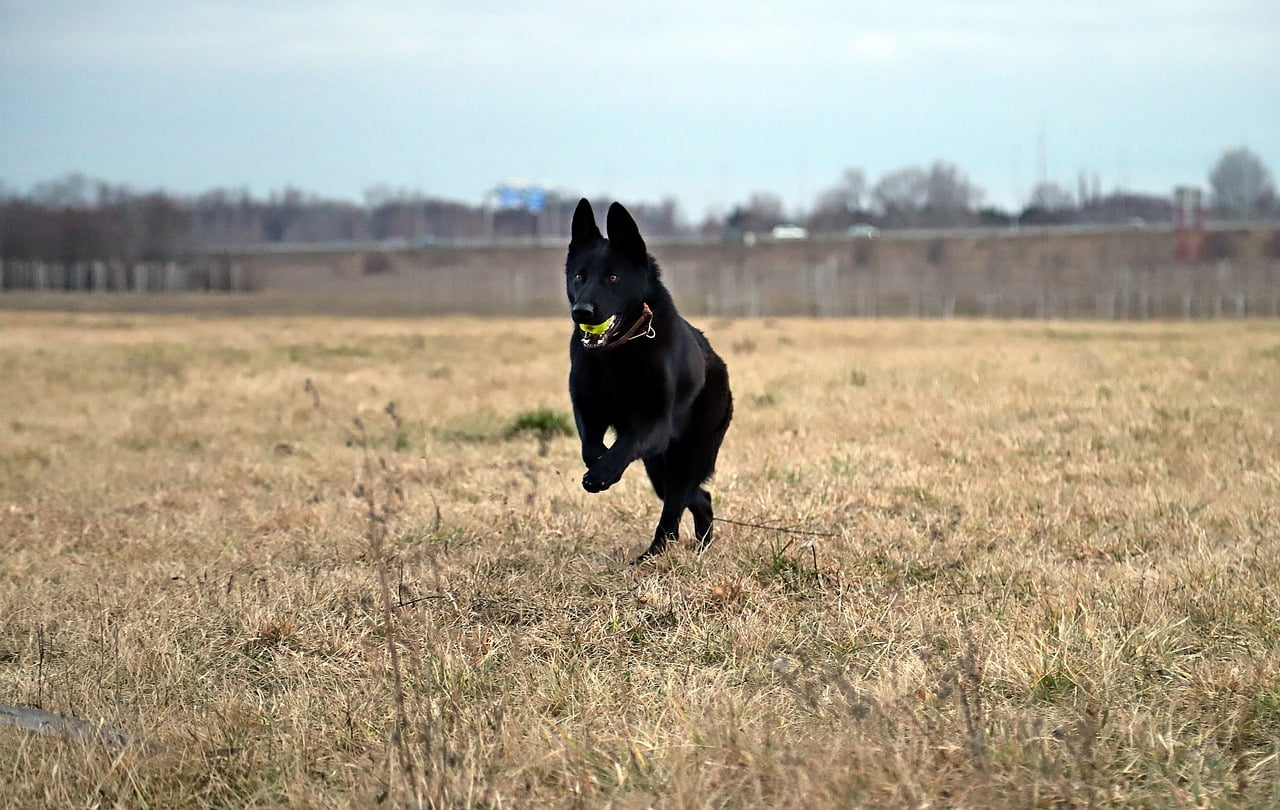 Two of the many things I love about dogs is their tendency towards optimism and their playful characters.

Their playful character is one selective trait humans have used over thousands of years to domesticate our canine friends.

Not surprisingly, studies suggest that their natural playfulness is what makes dogs so highly trainable.

Playing games with your dog is a powerful way to build a deep bond with your dog. But dog-owner game-playing has a strong link to canine mental enrichment.

In a study on the effects of body-contact play on the dog-human relationship, there were some impressive results…

Dogs who played rough-and-tumble games with their owners scored higher for amenability. An amenable dog is one who is more willing to act, open to influence, and overall highly trainable. These dogs also scored lower on separation-related behaviors.

The dogs in the study who engaged in tug-of-war or fetch games scored high in confidence. Winning or losing the games had no consistent effect on the test scores.

Although if the dogs were allowed to initiate most of the games, they tended to be less amenable and likely to exhibit aggression. This supports the theory that only you should initiate games.

And another study suggests that game playing with your dog is also a great way to develop their motor skills and to build social connectedness as this study suggests.

My dogs love a game of tug. If you’re keen on playing tug with your dog to build their confidence, check out the best tug of war toys for dogs right here. 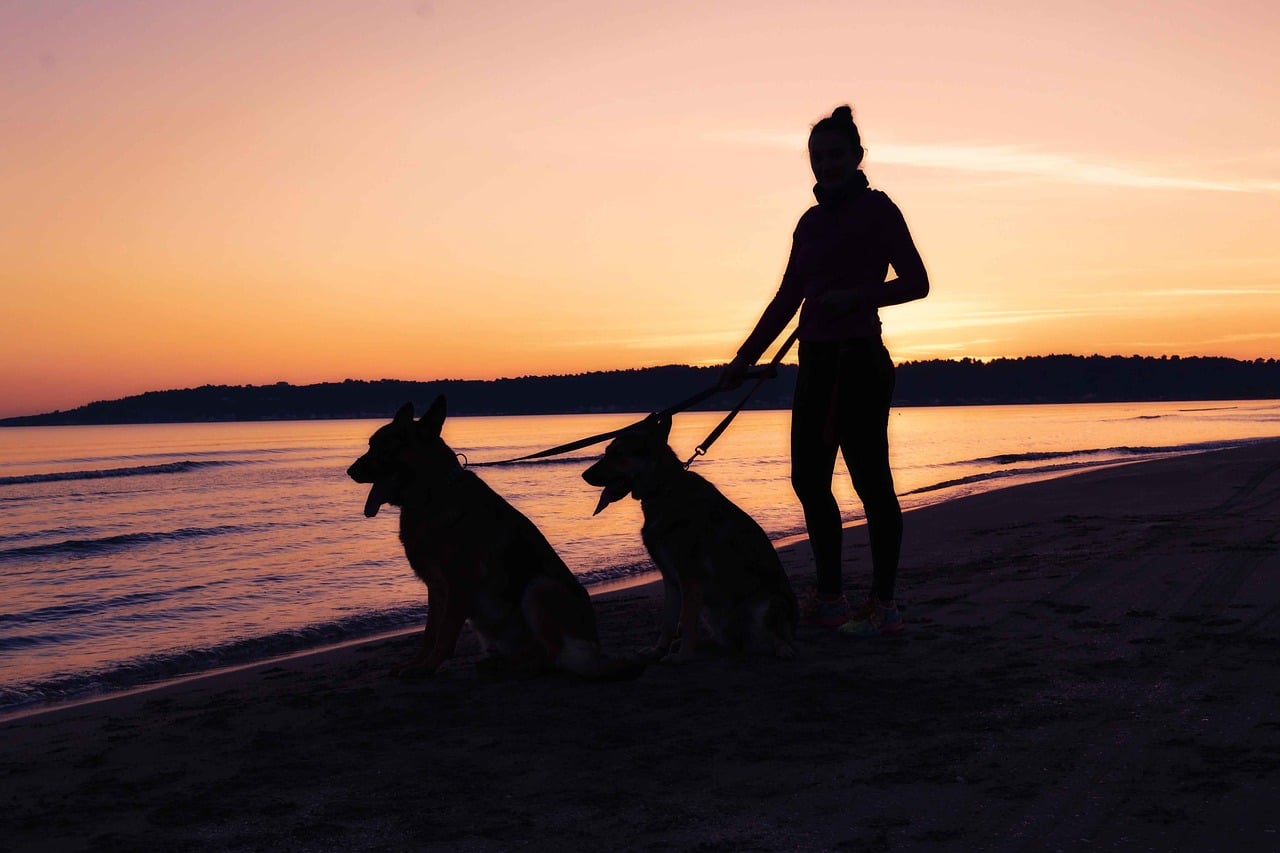 No matter what breed of dog you have, you can bet that they were initially bred for some sort of physical work. So even if your pooch is not “working” in their field, they need physical exercise.

Physical exercise can be anything from jogging, hiking, or swimming to skijoring, walking, and even physical games like tug-of-war or fetch.

No matter what physical exercise you do with your dog, the goal is to build and maintain their fitness over their lifetime.

One study evaluated the effects of an endurance training program on a group of dogs using a treadmill. And the results showed an improvement in the dog’s aerobic capacity compared to a group of sedentary dogs.

Proving that endurance training is as beneficial to your pooch as it is for you.

Exercise is also beneficial for memory and learning as this study found. Although the subjects were mice, the same benefits will apply to your dog.

After a 3-week running period in the study, the mice showed an improvement in memory.

And there was a significant boost in BDNF directly after exercise. This is meaningful because Brain-Derived Neurotrophic Factor (BDNF) has some powerful effects on the brain, such as…

Besides all the beneficial effects physical exercise has for your dog, it’s also an essential tool to stave off boredom and unwanted separation-related behaviors.

Hopefully, this article has set you on the path to finding mental enrichment ideas for your dog.

Your pooch is a curious creature which makes finding ways to mentally enrich them easy.

My dogs and I have our favorites…

Now over to you…

What mental enrichment ideas for dogs do you have?