The Breakfast Effect: Are Hungry Dogs More Motivated to Train?

You’ve probably heard that it’s beneficial to train your dog on an empty stomach.

It’s definitely something I have heard and done. It does make sense if you consider that we use food as rewards for training.

But a study done in 2012 called “The Breakfast Effect” is challenging the theory that dogs respond better to training when they are hungry.

It was a small study that broke dogs up into three groups:

In the study, first dogs were required to sit still for 10 minutes. Followed by a search task, looking for hidden food pieces.

What this University of Kentucky study found was that the dog’s who had a meal 30 minutes before the task performed the best.

While for dogs who had a meal 90 minutes before their task, performed no better or worse.

And the dogs in the breakfast omission group (fasted) performed the worst in terms of accuracy. 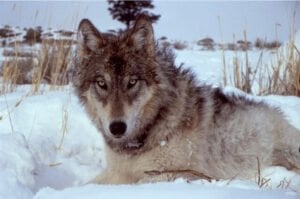 Do Wolves Experience the Same Effect?

“Okay, so how can wolves perform well when hunting on empty stomachs?”.

And this is where things get real interesting…

Dr Miller, who led the study, believes that the typical diet of the domesticated dogs can explain this.

In an interview with BBC Nature Dr Miller explained…

“dogs eat a diet that is rich with carbohydrates [such as commercial dog kibble], their brains are more dependent on glucose and more affected by fluctuations in glucose levels,”

As humans who eat a carb-rich diet, we can experience “foggy brain” when we’re hungry. And it can be really difficult to focus and think during this time.

The exact same thing is going on in the brain of a dog on a high-carb diet.

But the wolf’s diet is rich in fresh meats, bone and cartilage. The carbohydrate content is low and the fat content is high.

This kind of diet causes the body to tap into its fuel stores in the form of Ketone Bodies. Which provides a stable source of fuel for their cognitive processes.

It’s Not When They Eat, It’s What They Eat 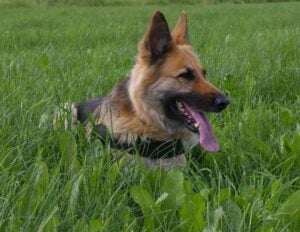 Diet is the Key to Cognitive Performance

This study has once again brought home to me that we should be looking at the diets of our dogs.

My dogs eat a 100% raw diet filled with meats, organs, bones, and cartilage.

Sure, they do get vegetables and fruits, which are essentially carbs. But I add them as a way to include fibre, Vitamin C and A. The idea here is to mimic the stomach contents of prey animals in the wild.

And I have not noticed any lag in their cognitive ability, no matter when we do training. I find my dogs alert and ready to problem solve.

In fact, my dogs work just as well when they are fasted compared to when they have eaten. Their performance is reliable, even with difficult tasks like learning to accept a dog nail grinder.

Update: Now that my dogs are older, Ze is already a senior (turning 8 this year) and Lexi is 5 years old, I’ve adjusted the way I approach this.

In fact, I noticed a while back that Ze began taking food “hard” during our early morning training sessions, which he never did before. A dog taking food hard can be due to several reasons, one being arousal state.

I’m pretty good at gauging his arousal state so I knew it likely had nothing to do with that, the more obvious reason is the fact that he needs a small meal before training to make him less hungry.

I’m one of those unfortunate humans who gets hangry (hungry + angry = hangry) and so I could totally relate to my older dog’s overall physiological state during early morning training.

What is my solution?

I have begun offering a small meal about 30 minutes before training. It’s nothing heavy. I like to call it a power meal because it powers up their brains and bodies to start their day training. Simply a good mix of protein, fat, and carbs.

The difference in his level of intensity for taking treats is back to normal – he’s still super excited to take food rewards for a job well-done, but he’s no longer taking hard or scraping my fingertips.

This morning they got a lightly scrambled egg, a tablespoon of over-steamed, chopped broccoli, a couple of blackberries, and some of their daily supplements mixed in. 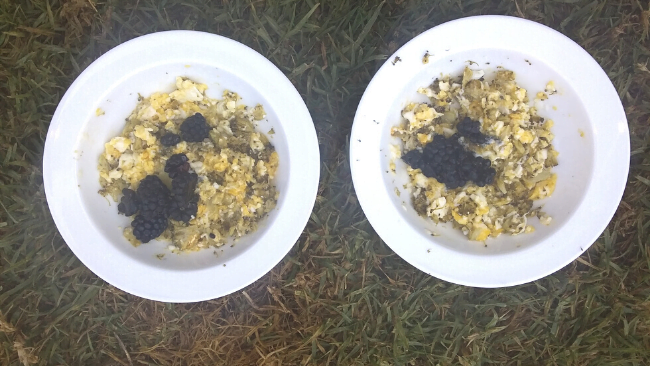 This is their morning power meal before training

What Does All This Mean? 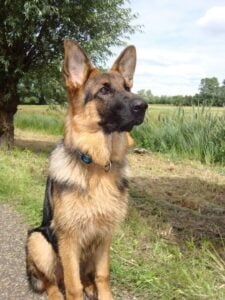 Here’s what you can do to improve training session

Adjust your training schedule. Although this study was small, it showed that dogs perform better after eating. So if you’re feeding a kibble diet, consider adjusting your schedule to train 30 minutes after a meal.

Avoid a health risk like bloat. A dog with a full belly can develop bloat which is life-threatening. I never allow my dogs to do anything other than chill for at least 30 minutes after eating.

Keep an eye on calories. Your dog doesn’t need to have a full meal before training. You could always do a half-and-half. So half their portion of food as a meal and the other half for training.